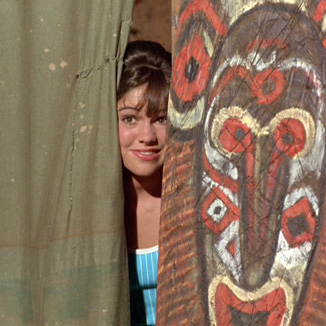 Kahuna, from the original “Gidget” movie, (this time played by Martin Milner) returns to the shores of Malibu. Gidget decides she’s in love with him and wants to be a part of his free-spirited lifestyle. Professor Lawrence invites Kahuna over for dinner in an attempt trick Gidget into changing her mind. Gidget doesn’t even recognize the Kahuna when he shows up for dinner wearing a coat and bow-tie. Kahuna spends dinner talking about how it’s time he settled down, got a job, and bought a house. Gidget is disgusted and falls out of love pretty quickly. Only later does she realize the whole dinner was a big put-on concocted by her father.